The fertility specialists at IVFMD in Irving, Grapevine and Arlington, Texas, use preimplantation genetic diagnosis (PGD) and preimplantation genetic screening (PGS) to help select the healthiest embryos for uterine transfer during in vitro fertilization (IVF) procedures. The healthier the embryo is, the greater its chance for survival during implantation and pregnancy. Reach out to the experts at IVFMD for all your fertility concerns. Give the center a call today or schedule your appointment using their online service.

What are PGS and PGD?

Aneuploidy is a condition in which the cells contain an abnormal number of chromosomes. Chromosomes are structures in every cell that carry a person’s genetic information. In humans there are 46 chromosomes arranged in 23 pairs. The first 22 pairs are the same in both females and males while the last pair, called the sex chromosomes, is either XX in female or XY in a male. Thus, humans have a total of 24 different chromosomes. 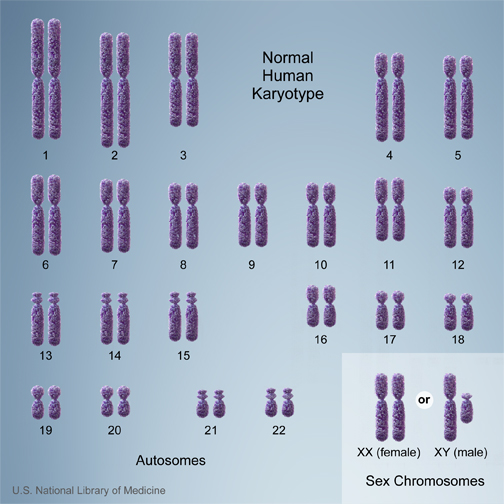 Due to errors during development an embryo can be formed with an abnormal number of chromosomes. In Down’s syndrome, for example, there are three chromosome 21 instead of the usual two. Fetuses with aneuploidy usually miscarry and a baby born with aneuploidy can have mental retardation and birth defects.

The risk of having an aneuploidic embryo rises with the age of the woman and can range from 25% in women under age 35 to over 80% in women 40 and older. Several studies have also found that couples who have had recurrent miscarriages or multiple failed IVF cycles have higher chances of having embryos with aneuploidy.

For many years an embryo biopsy had to be performed on day 3 of culture when the embryo is consisted of 6-8 cells. Unfortunately, removing even one cell at this stage can mean sacrificing a significant part of the embryo. Moreover, all cells look the same at this stage so it was impossible to know which cell would become the embryo in order to avoid removing it. As the result, embryo viability is typically reduced by 20% after day 3 biopsy. 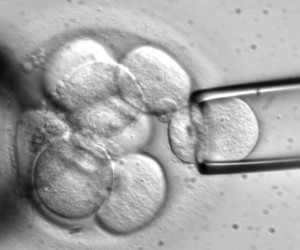 In addition, the available PGS technology, called fluorescent in-situ hybridization (FISH), was inadequate because it could only screen 9 out of the 24 chromosomes, leaving large room for error. Studies have found that up to 25% of embryos that tested normal with FISH turned out to be abnormal when all chromosomes were analyzed using the new test.

Embryo biopsy can now be performed at the blastocyst stage (at day 5 or later) when the cells that would become the placenta (the trophectoderm layer) can be clearly distinguished from cells destined to become the embryo (the inner cell mass). 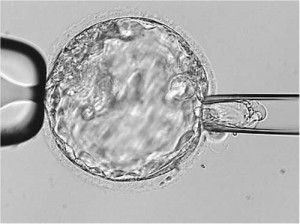 Under the microscope a laser is used to drill an opening in the outer shell of the embryo. Several cells from the trophectoderm layer are extracted without touching the inner cell mass and sent for analysis. The embryo is subsequently flash frozen by vitrification until the results are known. Normal embryos are then thawed and transferred in a future cycle.

Thanks to recent advances in PGS technologies, healthy embryos can now be chosen for transfer without the previous limitations. It is now possible to perform a comprehensive screening of all 24 human chromosomes with greater than 98% accuracy in detecting aneuploidy. Several studies have demonstrated significant increase in live birth rates in women who received embryos tested normal by PGS.

Patients who can benefit from PGS or PGD include:

5. Patients who wish to be screened for specific genetic diseases

A main disadvantage of PGS is the high cost of testing, which can add $4,000-5,000 to the fee of the IVF cycle. In addition, since embryos have to be frozen until the biopsy results are known there will be a need for a frozen embryo transfer cycle in the future.

Since an IVF cycle with PGS or PGD requires some of the highest skill levels from clinicians and embryologists, you should choose a clinic that consistently demonstrates high IVF pregnancy rates as proof of mastery in blastocyst culture, micromanipulation, trophectoderm biopsy and cryopreservation via vitrification.

Let us help you!